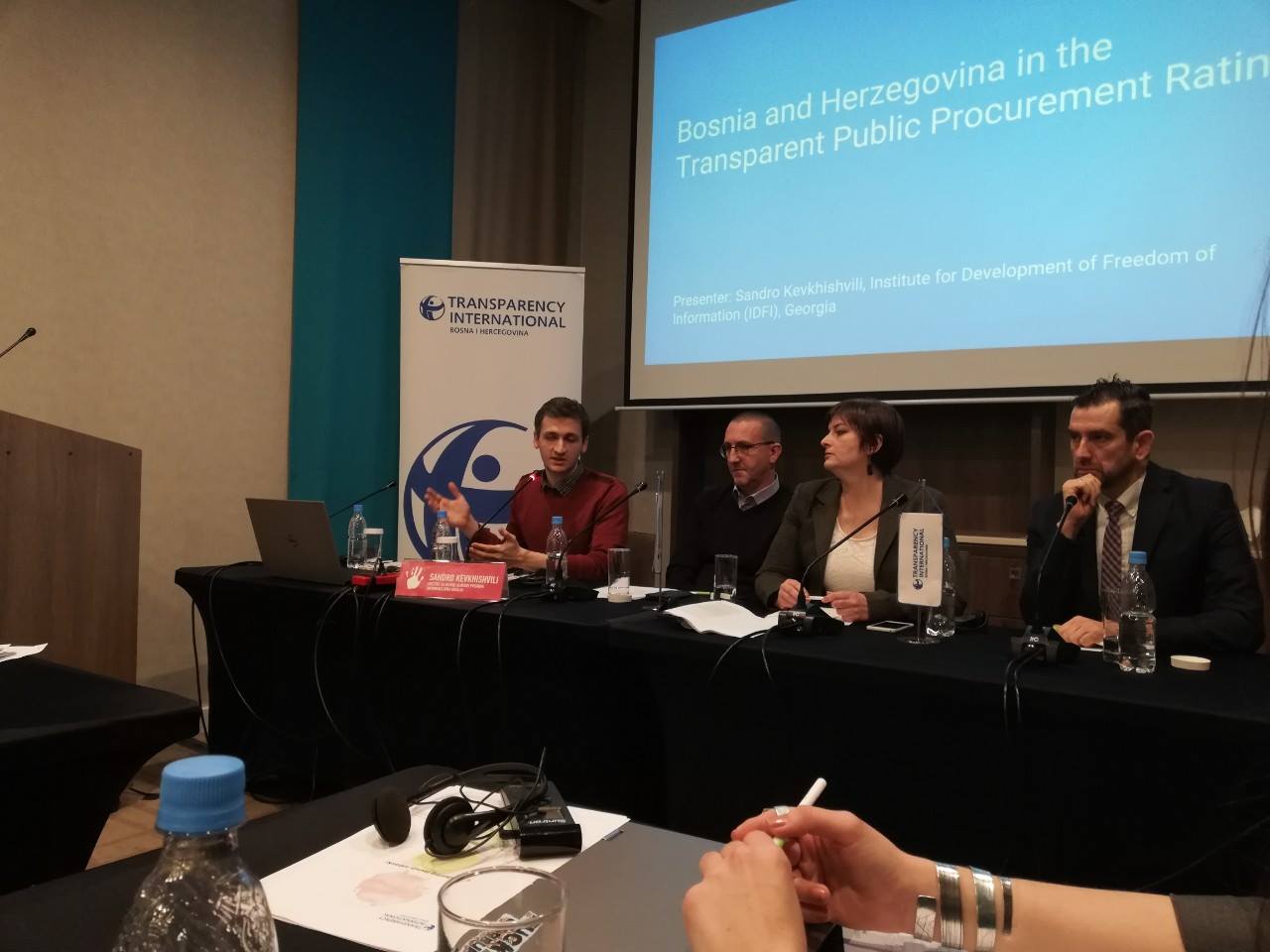 Bosnia and Herzegovina (BiH) is at an important crossroads in terms of modernizing its public procurement system towards more transparency and electronic procedures. Its current legal framework dates back to 2014 and was prepared in accordance with EU Directives. In an effort to further harmonize the legislation with that of the EU, a public procurement reform was developed by the multi-stakeholder Working Group for Amendments to the Law on Public Procurement.

In addition, a two year monitoring effort of the BiH public procurement system undertaken by public sector and civil society actors, such as Transparency International BiH, Open Society Fund, Audit Office and the Public Procurement Agency, revealed major challenges and risks of misspending and corruption, further stressing the necessity of another wave of legislative reform.

Meanwhile, the BiH Public Procurement Agency has set transparency as a major goal and is gradually opening up more and more public procurement information. If continued to the logical conclusion of establishing a fully transparent e-procurement system, these efforts will enable systematic and automatic generation of data that can be used to identify problems and measure success, eliminate human-to-human interaction and, in this way, reduce opportunities for corruption, increase public trust by opening documents and data, and boost efficiency by automating procurement procedures.

In an effort to bring together all of these ongoing efforts to improve the public procurement system of Bosnia and Herzegovina, the local Transparency International chapter (TI BiH) organized a roundtable titled ‘To Make Public Procurement Public’ on December 11, 2018, in Sarajevo, on the occasion of the International Anti-Corruption Day.

The round table included representatives of the Public Procurement Agency, Procurement Review Body, working group that prepared amendments to the Law on Public Procurement, non-governmental sector and the representatives of the judiciary, business community, public procurement trainer, auditing institutions and other interested parties. The participants discussed the above monitoring results and prospects for amending the public procurement legal framework in Bosnia and Herzegovina.

During this event, important insight into the strengths and weaknesses of the BiH public procurement legislation was offered by IDFI through its presentation of BiH’s results in the Transparent Public Procurement Rating (TPPR). According to these results, transparency is a major challenge in BiH, suggesting that improvements in this direction would yield the most results in the short term. In this regard, future prospects are promising, considering the Public Procurement Agency’s commitment and ongoing effort to increase transparency. 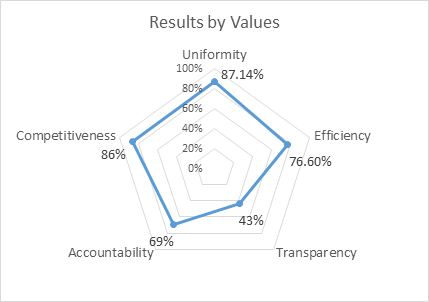 As of December 2018, BiH holds the 11th position in the TPPR ranking (out of 17 countries) with improvement to legal framework necessary in areas such as – Transparency, Efficiency and Competitiveness. 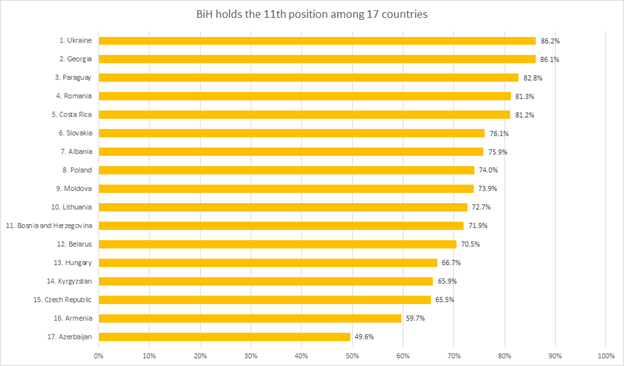 Based on the TPPR evaluation, IDFI and TI BiH also elaborated a set of guiding points for improvements to the public procurement legislation that can be used for future cooperation and advocacy work in Bosnia and Herzegovina. Transparency recommendations include electronic access to submitted complaints and resolutions, access to tender bids and related documents, information on subcontractors (including contracts), payment information and related documents, access to inspection and quality control reports.